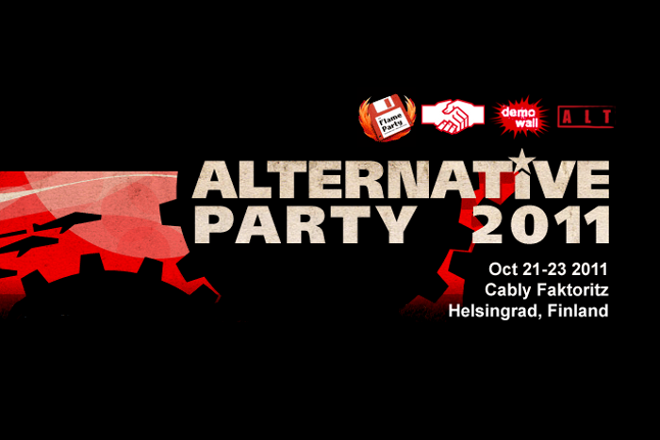 The Digital culture festival and Demoparty Alternative Party 2011 attracts coders, musicians, designers, hackers, and other digital enthusiasts, starting from Friday 21.10. from 18.00 - Sunday 23.10. until 16.00. In Alternative Party, you can enjoy digital culture in various forms, catch a glimpse of the technology of the future, and experience nostalgic trips with vintage hardware. This year's theme is Red Machines which refers to communism, Soviet Union and strange technology of the East. It will undoubtedly be a great event! Be quick to get a ticket as the era of capitalists has already began, and inflation on ticket prices is rocketing!: http://www.altparty.org/2011/

Also do catch media artist-researcher Heidi Tikka's 'Mother Child' installation at the Finnish Photography Museum (Suomen valokuvataiteen museo) Project Space, which is showing from 21.10.-20.11.2011. The work was completed in the year 2000, and has toured the USA, Canada and Europe, but it is now being shown in Finland for the first time. Heidi Tikka's opening/avajaiset is already on Thursday 20.10. 17-19!: http://mlab.taik.fi/~htikka/projects/motherchild.html