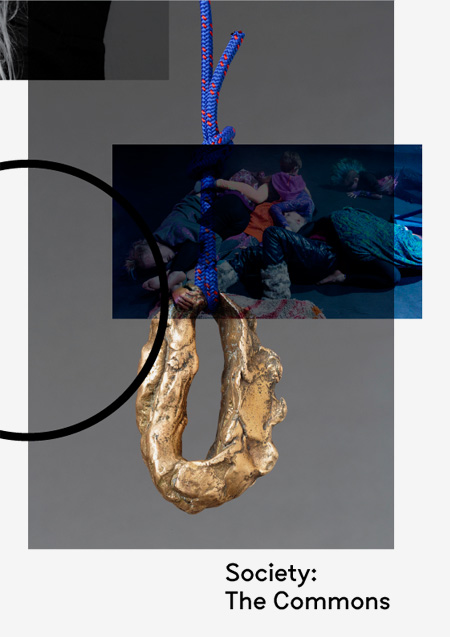 Lunch Bytes is a series of public discussions, which examine the consequences of the increasing ubiquity of digital networked technologies in relation to artistic practice. Each event is dedicated to a different topic and brings together artists, media scholars, designers, curators and intellectuals. Lunch Bytes is curated by Melanie Bühler, in collaboration with the Goethe-Institut and various local partners.

This Lunch Bytes event looks at "the commons", a concept that has gained attention in recent debates on online culture, as well as cultural production more generally. In its original meaning the term "commons" refers to land or a public area that is open for collective use, shared, managed and maintained by a collective. In today's art world, the commons is often used in reference to spaces and practices that are shared by groups aiming to resist commodification and forge an existence outside the capital-driven art market, or to sites for art-related organisations and groups threatened by gentrification. Art is here considered a common good that should be accessible to everyone rather than being subjected to the enclosures generated by market forces.

If we turn to online culture and its history, one can see a significant shift in how networked environments have been perceived as common spaces. The 1990s ideal of cyberspace where knowledge and resources are shared freely has mostly given way to the realisation that the web has become a commercial and enclosed space. The creative commons movement has largely been swallowed by the web 2.0, where services are freely accessible to all but valorised by only a few. Still, the emergence of the internet has also opened up more sustainable models for autonomous production. Free software, open data, and peer-to-peer networks are examples of common online resources and initiatives that enable exchange outside (or alongside) the commercial networked platforms. Looking at these developments, this Lunch Bytes event asks a number of explorative and critical questions such as: What are the consequences of the fact that our spaces for cultural production both on- and offline are increasingly privately owned and subject to control by corporate interests and government agencies? What kind of communities do the shared and networked spaces to which users contribute and look after, ranging from Wikipedia, peer to peer networks, to e-flux's Time/Bank project (a platform and community for the arts where goods and services can be exchanged without the use of money) constitute? What role can artistic practices play in such a processes? How do alternative spaces and forms of sociality emerge in a city like Helsinki when it comes to the production, exhibition and discussion of art?

Departing from these questions, the discussion will look at alternative ways to collectively manage resources for artistic production, such as on- and offline spaces, exhibition rooms, tools of production, and networks for knowledge exchange and production. It will inquire what the consequences are when concepts related to "the commons" meet with the realities of production. Furthermore, it will critically discuss the value of "the commons" in relationship to the widely shared experience of precarity, as public funding for the arts is eroding and entrepreneurial strategies seem to govern both the arts and the current online environment.

This Lunch Bytes event is co-curated by Pixelache.